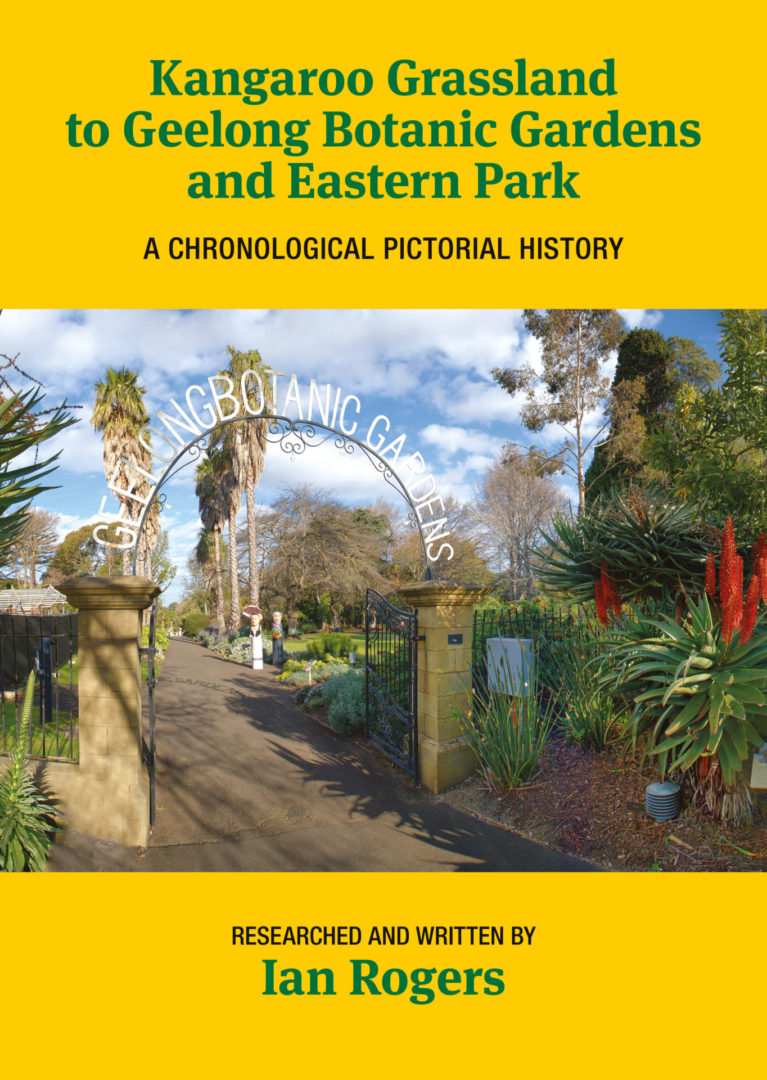 Kangaroo Grassland to Geelong Botanic Gardens and Eastern Park is easily the most labour intensive book we have ever put together. It contains over 500 A4 pages and in excess of 1200 full colour images! Working with Phaedra at Away with Words, we made it all come together over the course of some 6 months.

Geelong was barely ten years old when prominent citizens of the new settlement first suggested a public garden in 1848. Harking back to their homelands of England, Ireland and Europe, and their well-established public gardens, they looked for inspiration. These citizens thought something similar should be developed in Geelong. Those first aspirational thoughts led to what we know today as the Geelong Botanic Gardens. Geelong Botanic Gardens is the fourth oldest botanic gardens and oldest regional botanic garden in Australia.

Ian Rogers’ chronological pictorial history draws upon his extensive horticultural knowledge, his personal direct leadership of the gardens as curator for almost twenty years and more than thirty years of research.

Every section of the Gardens has had its unique stories creatively captured and recorded. To support these stories, an extensive array of photographs, documents and illustrations have been uncovered by Ian during the course of his research.

“I hope, after reading this book, that next time you visit the Geelong Botanic Gardens, you will see it through different eyes and appreciate the history, sacrifices and hard work that have gone into making them the treasured and globally significant gardens they are today.”
Ian Rogers (and Banjo)