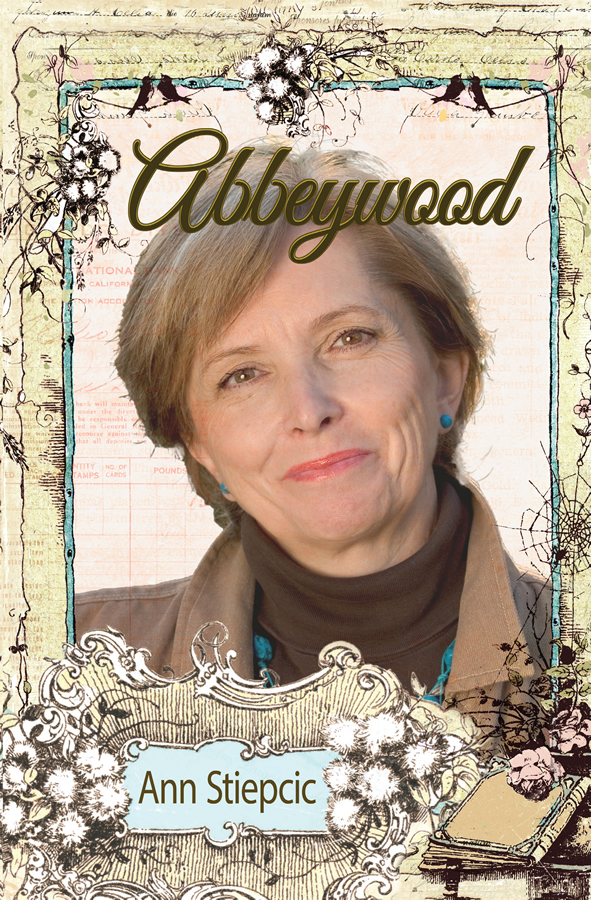 Abbeywood, Ann Stiepcic’s sizeable novel, features Eve La Beste, who was returning home to prepare for a Writers’ Retreat to be held for a week in her B&B home of Abbeywood.

On Saturday afternoon Eve awaited her guests. Husband and wife, Andrew and Maureen McCoy were the first to arrive. The rest of the group consisted of Grace, a primary school teacher nearing retirement and planning to write children’s stories; eighty-year-old Heather who had lots of stories in her and was proud of her age; Margaret who struggled with her depression due to her marriage ending; Jeff, who called himself an out-of-work ‘clown’ and finally always-late, flibbertigibbet, O’Dell who thought attending the retreat would be a hoot.

They settled into writing with varying degrees of success and a few surprises. But it was more than just a writing experience. New doors opened for some, lasting friendships were made, confidence was restored to others and some go on to do further writing.

Unusually, this novel isn’t just the story of the Writers’ Retreat, but also includes the work written by each guest during the Retreat.